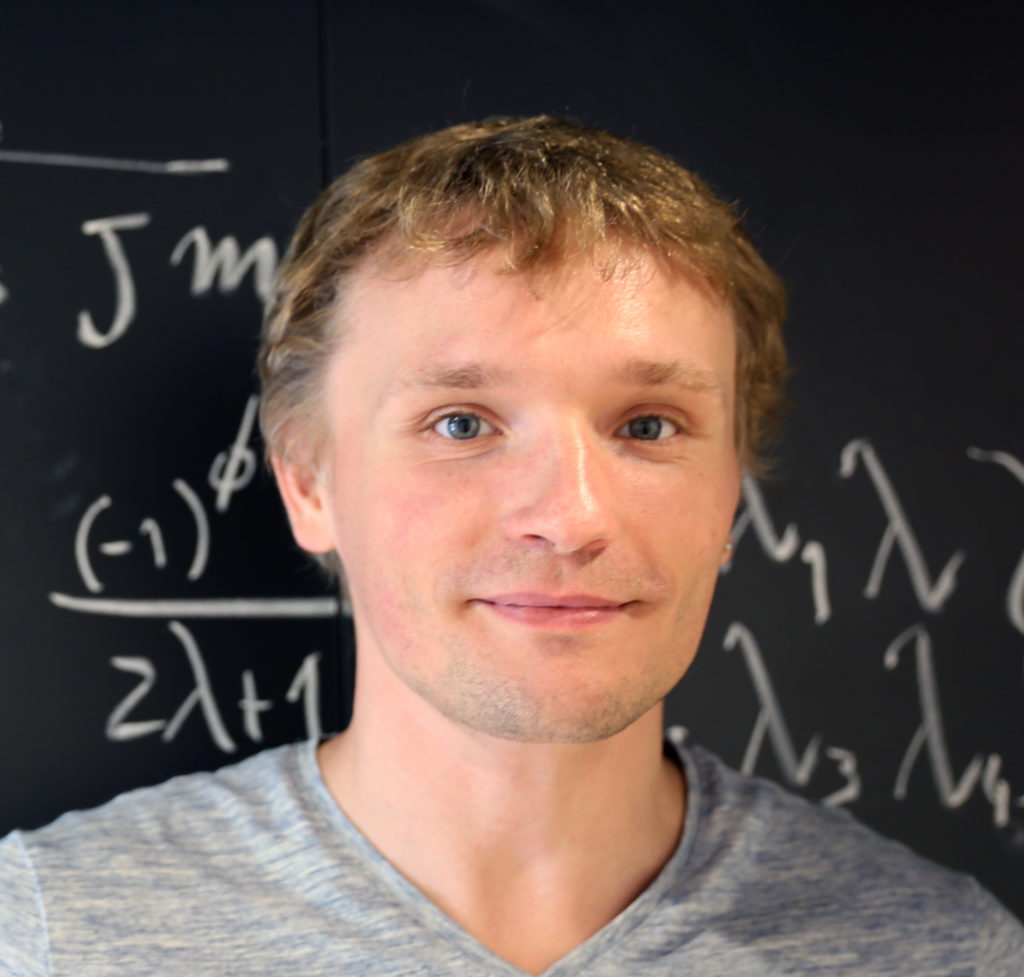 I grew up in South-West Russia and obtained an M.Sc. degree in experimental Condensed Matter Physics from the Southern Federal University in Rostov-on-Don.

In 2007 I moved to Berlin, Germany, in order to pursue a PhD in theoretical Molecular Physics with Prof. Bretislav Friedrich at the Fritz Haber Institute of the Max Planck Society. Our work was mainly concerned with a theoretical treatment of molecules in electric, magnetic and radiative fields, including field-dressed molecular collisions.

In 2011 I was awarded an ITAMP postdoctoral fellowship at Harvard University and moved to Cambridge MA in the United States. My research at ITAMP mostly focused on many-body physics of ultracold molecules, and dissipative state preparation in ultracold gases.

In September 2014 I started as an Assistant Professor at the recently established Institute of Science and Technology Austria (IST Austria) and have been promoted to Full Professor with tenure in 2019. The main direction of my current research is understanding the physics of quantum impurities possessing orbital angular momentum. In addition, I’m interested in out-of-equilibrium behavior of cold atoms and molecules and using engineered dissipation as a tool to create novel few- and many-body states of matter. 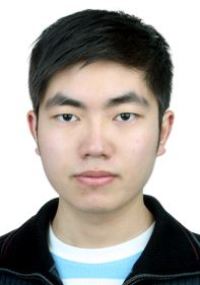 I was born in Kunming, China — a small town however known as a tourist attraction. In 2007, I moved out hometown to Xi’an in the northwestern part of China, where I received higher education and M.Sc. degree. During those years, my major academic interest was in nonlinear optics theory, and one of my hobbies was to translate interesting scientific news and short stories to Chinese and publish them online.
Afterwards, I decided to keep heading towards northwest and moved to Austria to pursue a PhD in theoretical Quantum Physics with Prof. Dr. Mikhail Lemeshko. The main focus of my current research is on the strong-coupling limit of the angulon theory and self-localization transition. 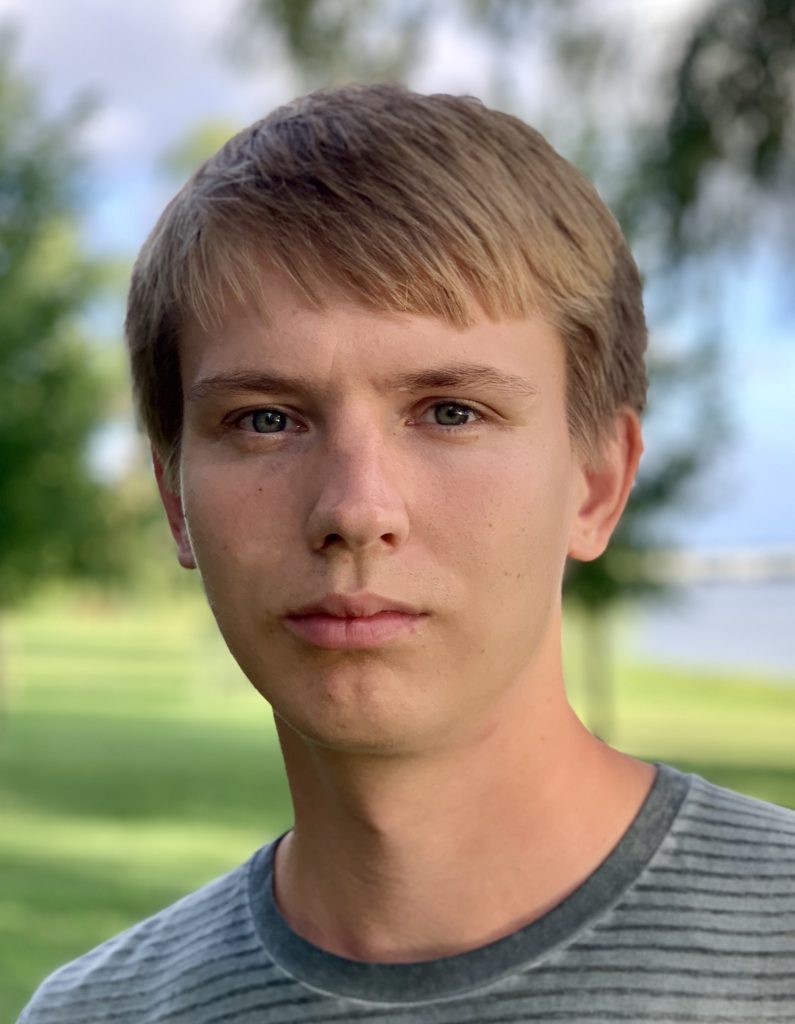 I was born in a small town Sokol, Vologda Region in North-West Russia. In 2010, I enrolled in the Physics Department of the Saint-Petersburg State University (SPbSU). Two years later, I joined the research group of Prof. Anatoly Pravilov. In 2014 and 2016, I obtained my B.Sc. and M.Sc. degrees in Molecular Physics, respectively. My work was mainly focused on experimental studies of electronically excited states of iodine molecule and revealing the coupling mechanisms between

them. Since July 2016, I am a Ph.D. Student at IST Austria in the group of Prof. Mikhail Lemeshko. We are developing a quasiparticle approach based on the angulon theory in order to describe the behavior of rotating molecules trapped inside in superfluid 4He nanodroplets. Apart from physics, I like to play chess and some other intellectual games. Therefore, don’t hesitate to challenge me. 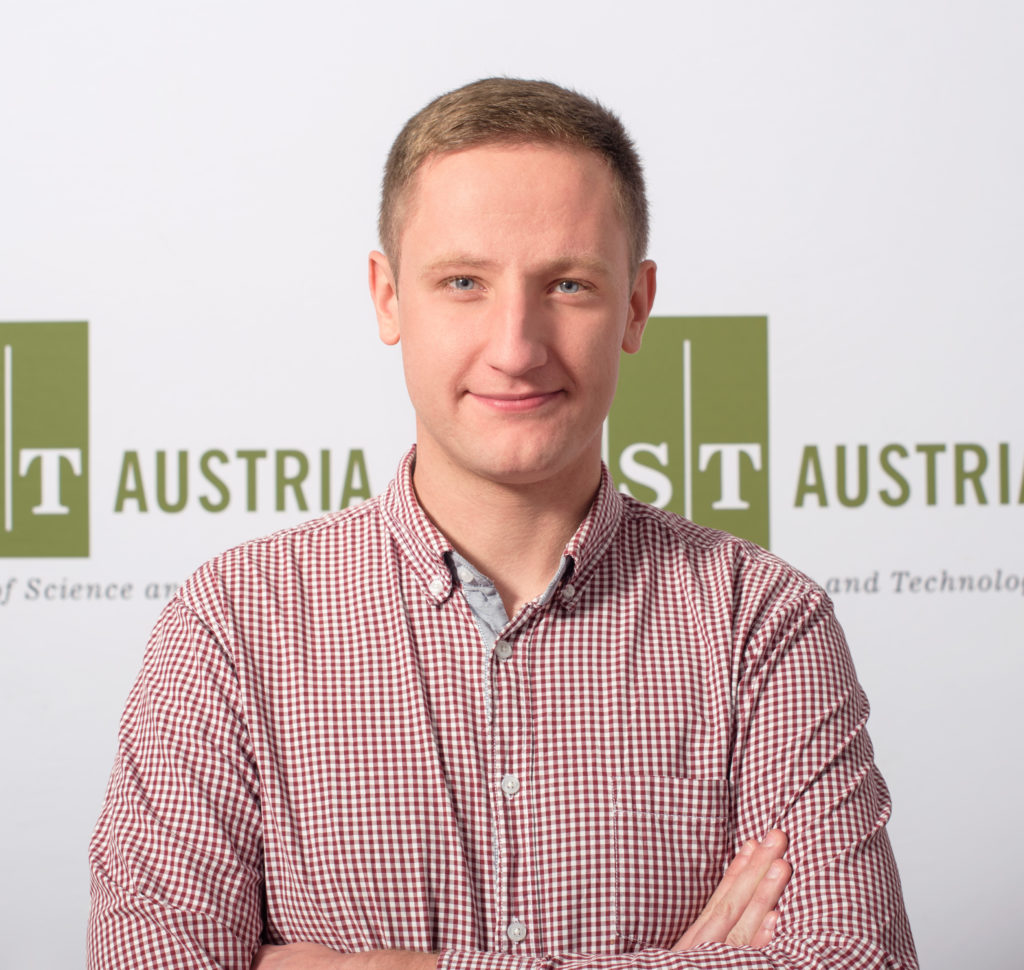 I was born, raised, and educated in Warsaw, the capital of Poland. There, I completed my BSc (2015) and MSc (2017) degrees in physics with Prof. Rafał Demkowicz-Dobrzański at the University of Warsaw and a BSc Eng degree (2015) in electronic and computer engineering with Prof. Kajetana Snopek at the Warsaw University of Technology. After doing a summer internship at IST Austria in 2016, I was so positive about it that I decided to eventually leave Warsaw and started a PhD here in 2017, joining the group of Prof. Mikhail Lemeshko in 2018.

I currently focus on extending the angulon theory in order to provide more physical insight into the experimental data on molecules rotating in quantum solvents. When I’m not doing this, I travel avidly and enjoy learning foreign languages. 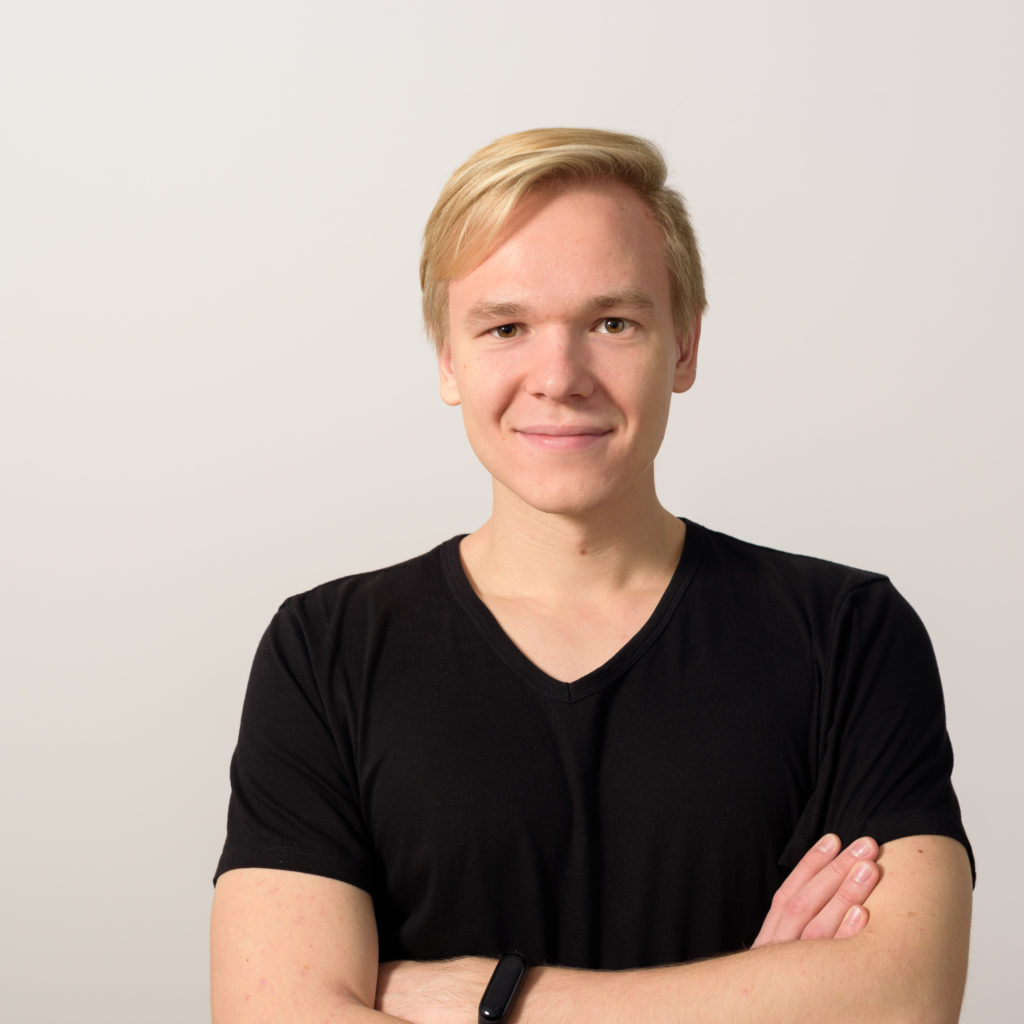 I was born in a small town Kostroma relatively near to Moscow. I completed my bachelors degree at the Moscow Institute of Physics and Technology in 2018. There, I was working under the supervision of Dr. Dmitry Svintsov on analytical studies of far-infrared light amplification with FETs. After doing a summer internship at IST for couple months, I decided to straightaway join the group of Prof. Lemeshko, where I work mostly on analytical developments of the angulon theory. In my free time I like running, reading books and attempting to learn German. 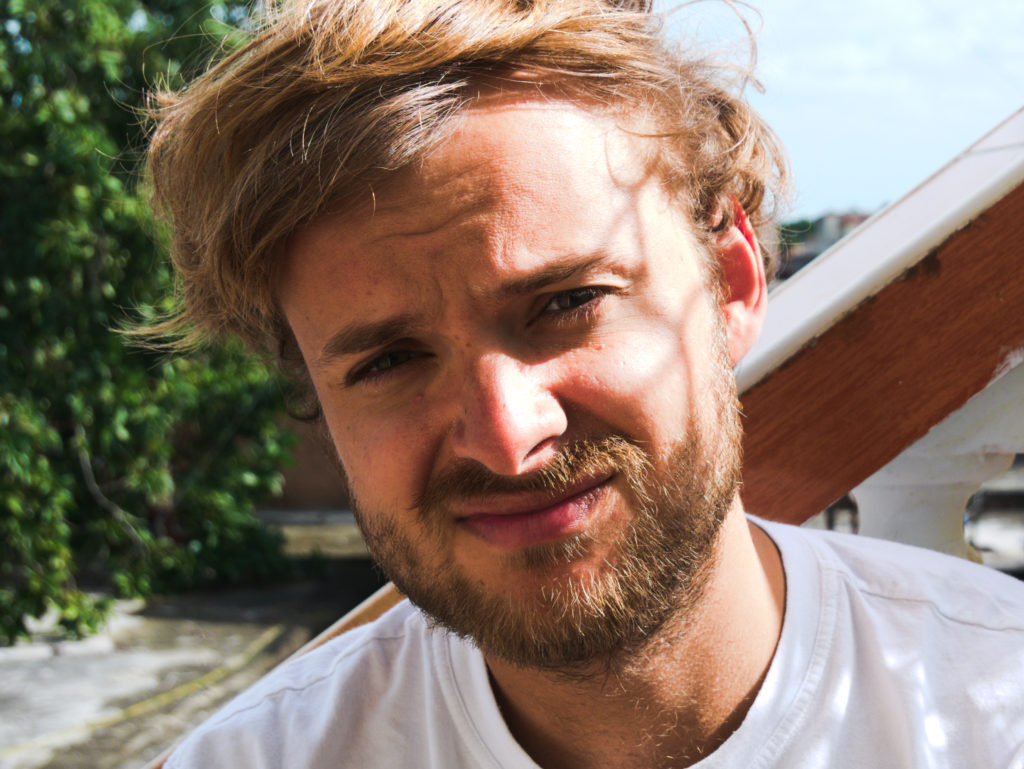 My fascination for physics originated from youth science competitions during my adolescence. I grew up near Künzelsau in Germany and obtained my bachelor’s degree in Physics at the Albert-Ludwigs-Universität Freiburg where I worked with Andreas Buchleitner on Floquet physics. During a year abroad in Como, Italy, I worked together with Italo Guarneri on classical dynamical localization and enjoyed the Italian way of life. I did my master’s Degree in physics at the Ruprecht-Karls-Universität Heidelberg and wrote my thesis about binary Bose mixtures in two dimensions under the supervision of Tilman Enss.
Further, I have worked together with Jonathan Donges on interacting tipping elements in the climate system and with Kolja Bailly on machine learning methods for time series prediction. Apart from physics, I am interested in philosophy of science and epistemology. In my free time I enjoy cooking, playing the piano and dancing. 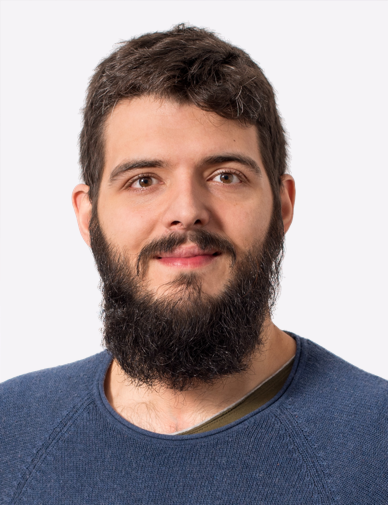 I was born and grew up in a small town near Venice, Italy. I went on to study Physics at the University of Padua, were I completed my Bachelor’s, Master’s and Ph.D. My Ph.D. thesis analyzed on the role of order parameter fluctuations in the BCS-BEC crossover and in high-Tc cuprate superconductors, under the supervision of Prof. L. Salasnich and Prof. P.A. Marchetti.

In September 2016 I moved to Vienna where I joined the group of Prof. Lemeshko at IST Austria. Here I plan on applying my experience in condensed matter and ultracold gases to the angulon theory.

Apart from physics, I like playing my guitars and skiing. 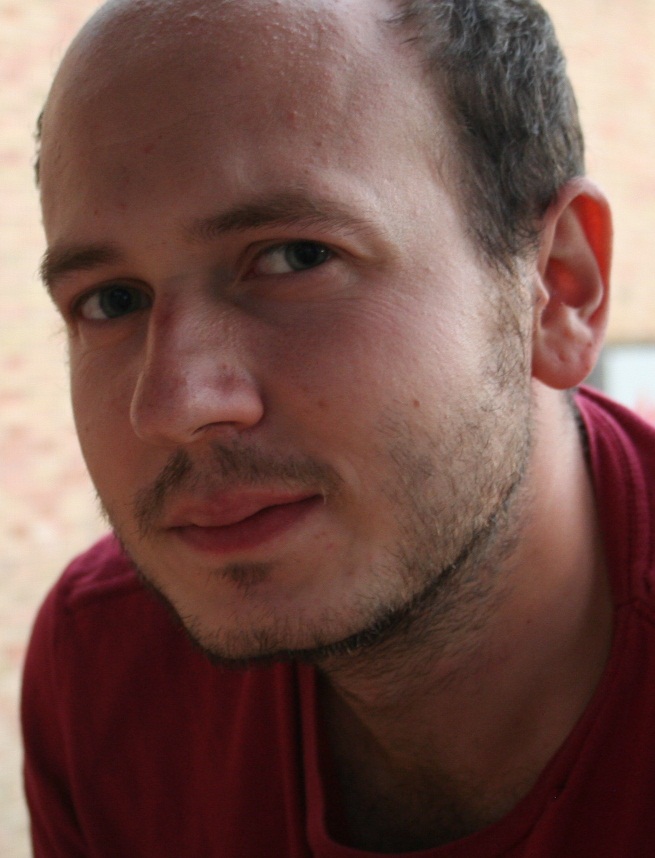 I grew up in Turkey and obtained my M.Sc. degree in Mathematical Physics from Middle East Technical University, Ankara, where I studied relativistic quantum information under the supervision of Prof. N.K. Pak.

At the end of 2010, I moved to Max Planck Institute for Nuclear Physics, Heidelberg, Germany for my doctoral study in the division of Theoretical Quantum Dynamics and Quantum Electrodynamics led by Prof. C. H. Keitel. The main subject of my Ph.D. research was the theoretical description of relativistic tunneling and tunneling time delay in a tunnel-ionization process. I completed my Ph.D. studies in early 2014 and stayed at the same place as a postdoc until April 2016.

Since May 2016, I’m an IST postdoctoral fellow at IST Austria in the Theoretical Atomic, Molecular, and Optical Physics group led by Prof. M. Lemeshko. 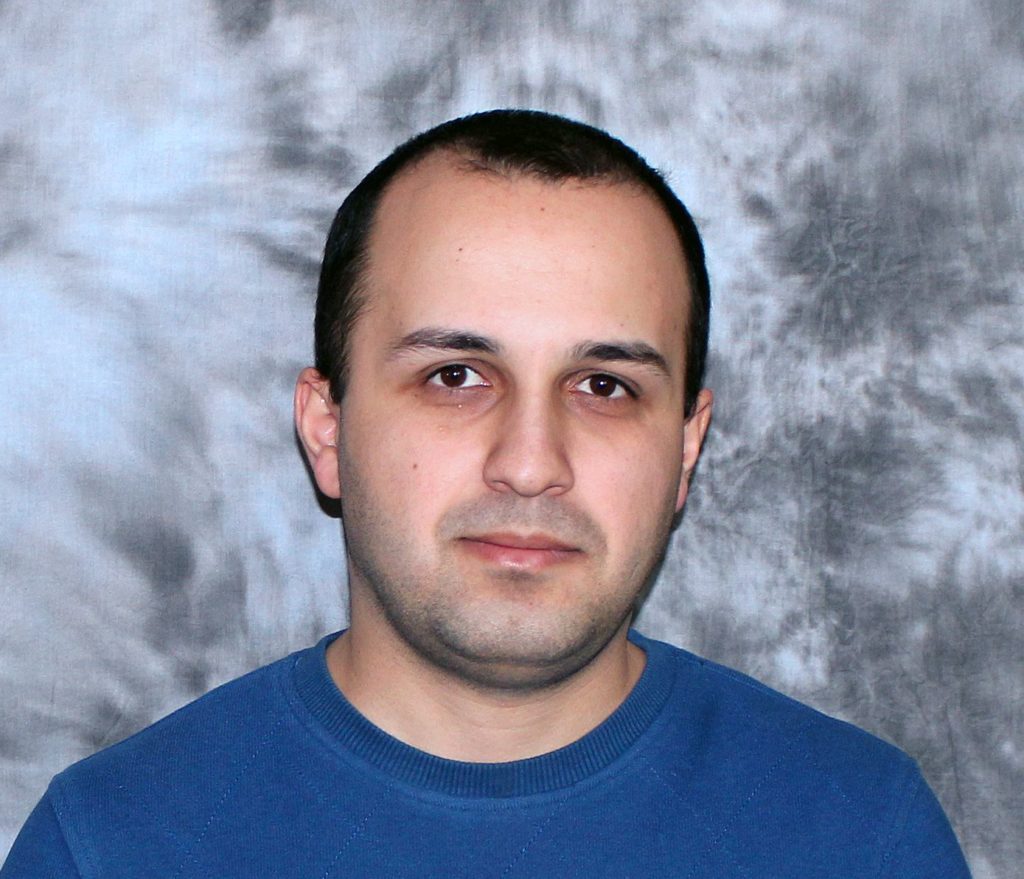 I grew up in Yerevan, Armenia. I obtained my Bachelors, Masters and PhD degree from the Yerevan State University under the supervision of Prof. A. Kirakosyan and Prof. K. Moulopoulos (University of Cyprus) working mostly on electronic and optical properties of semiconductor nanostrucutres.  After staying for two more years as a researcher at the same place, in 2013 I moved to University of Manitoba, Winnipeg, Canada for a postdoctoral position in the group of Prof. T. Chakraborty. There, I switched my research direction into numerical investigation of the fractional quantum Hall effect and other interacting topological phases. In 2016 I moved to the City College of New York, New York, US for my second postdoctoral position in the group of Prof. P. Ghaemi. There I got also involved in exciton-polaritons in novel 2D materials, defect states in iron based superconductors, while maintaining my fascination and interest with interacting topological phases of matter.

Since September 2018 I am an ISTplus fellow in the group of Prof. M. Lemeshko working on chiral induced spin selectivity, hybrid organic-inorganic perovskites, dipolar excitons and other related projects.

Besides physics I am also interested in computer science, art, history and finance. 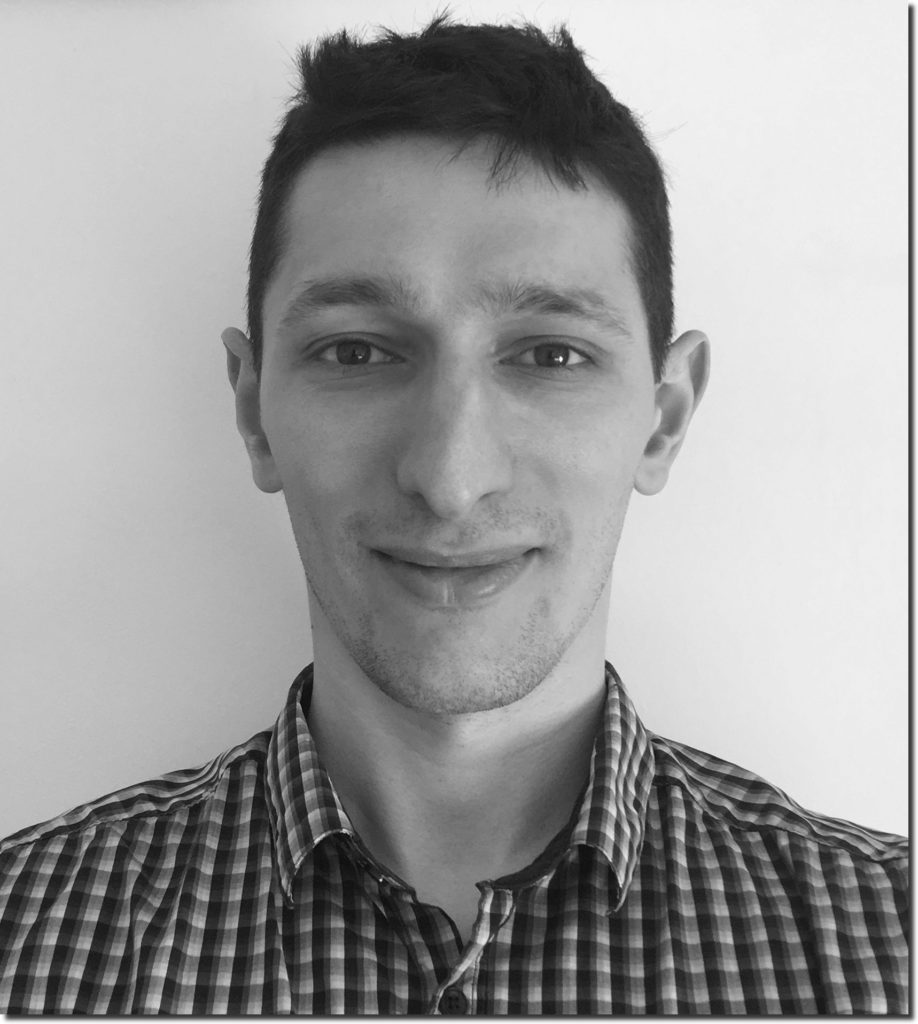 I spent most of my childhood hanging around in Slavyansk – a small town in Ukraine. Theoretical Physics won me over only after I moved to Kharkiv to study for a university degree. My life as a scientist commenced in 2010 when I started as a PhD student at the Aarhus University (Denmark). My research there was focused on few-body physics in cold atomic gases. After graduating, I experienced a possible solution to a two-body problem in physics – I got attracted by my wife to Darmstadt (Germany). TU Darmstadt gave me the opportunity to learn about recent developments in nuclear physics. Later I attempted to apply some of that knowledge to solving problems relevant for cold atomic gases.

Since October 2019 I am an ISTplus postdoctoral fellow hosted by the Theoretical Atomic, Molecular, and Optical Physics group led by Prof. M. Lemeshko. 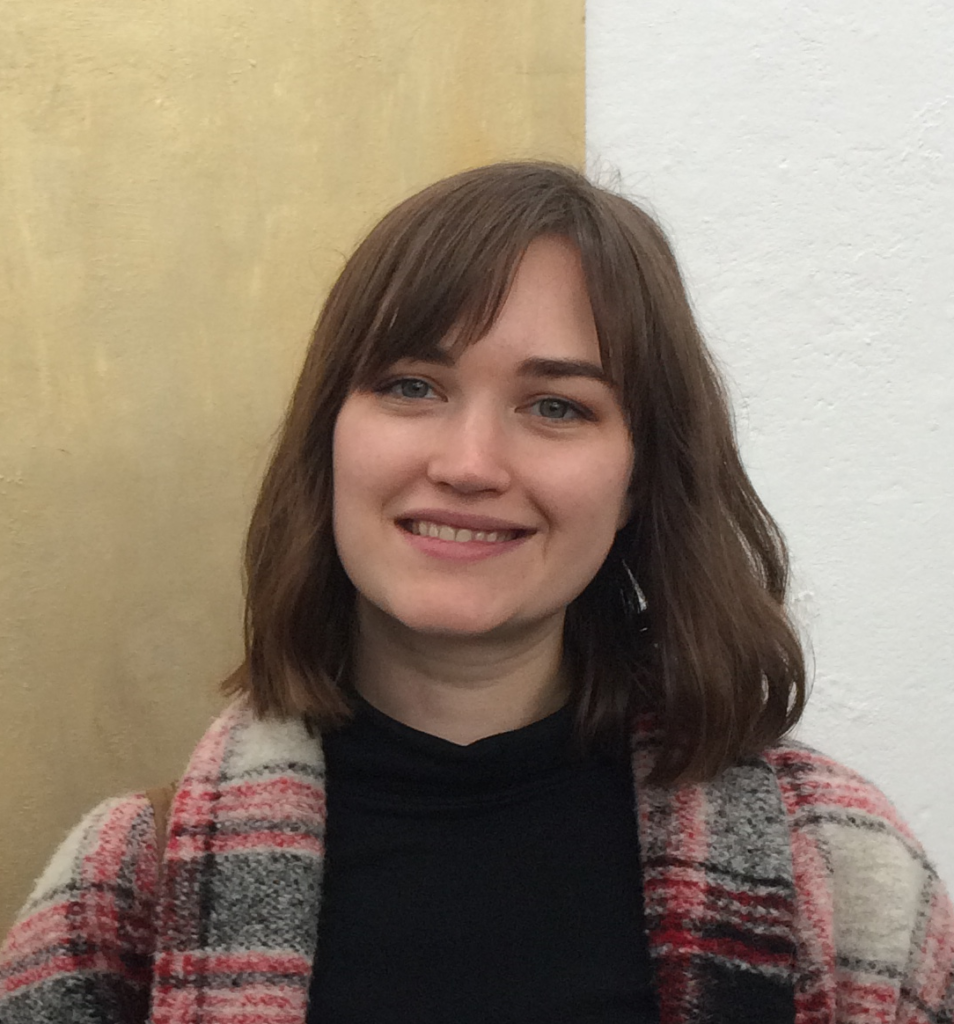 I was born in Moscow, Russia, and obtained my M.Sc. degree from the Moscow Institute of Physics and Technology. In 2013, I moved to the beautiful city of Dresden in Germany for my doctoral studies at the Leibniz Institute for Solid State and Materials Research. There, I worked on correlated materials, in particular, iridates, which are Mott insulators well-known for being similar to the high-temperature superconducting cuprates, and yet not showing any superconductivity. I was interested in the interplay of strong correlations, spin-orbit coupling, and electron-phonon interactions in these 5d materials, leading to exotic phases and their peculiar behavior. From my supervisor Prof. van den Brink, I learned a lot about resonant inelastic X-ray scattering and became fascinated with theoretical modeling of various spectroscopic technics. In 2017, I moved to Alabama, USA to experience some subtropical climate and dive deep into computational methods, like exact diagonalization, as a postdoc at the University of Alabama at Birmingham with Prof. Cheng-Chien Chen. My research interests span from magnetism, orbital physics, and polarons to quantum materials under pressure, strain, or an out-of-equilibrium quench. I like hiking and am always up for a discussion over a cup of tea. 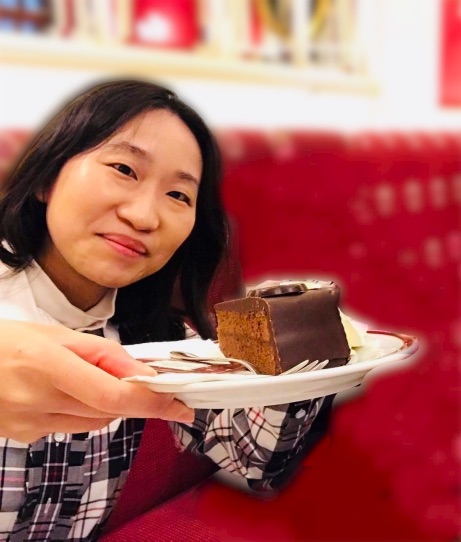 I grew up in Tokyo, Japan. Like many people in Tokyo who go to work/school on jam-packed trains, I was always dreaming of living in the countryside, surrounded by nature and farms. Studying abroad at the University of Leeds, England fulfilled my dream. There I obtained a BSc in Theoretical Physics, thanks to support by Ian D. Lawrie, who taught me particle physics with extra dimensions. Afterwards, I moved to the University of British Columbia (UBC), Vancouver, Canada to obtain an MSc. in Mathematical Physics, advised by Richard Froese and Joel Feldman. In 2018, advised by Taka Momose, Bill Unruh and Roman Krems, I completed a PhD in Theoretical Physics from UBC, where I studied quantum mechanics and quantum field theory of complex systems. It was also Bill who introduced me to the beauty of Vienna through the film “The Third Man”. From 2018-2020 I worked as IRTG fellow at UBC and the University of Freiburg, Germany, and since February 2020 I have been working as ISTplus fellow in Prof. M. Lemeshko’s group. In my free time I like observing nature and animals and enjoy other cultures. 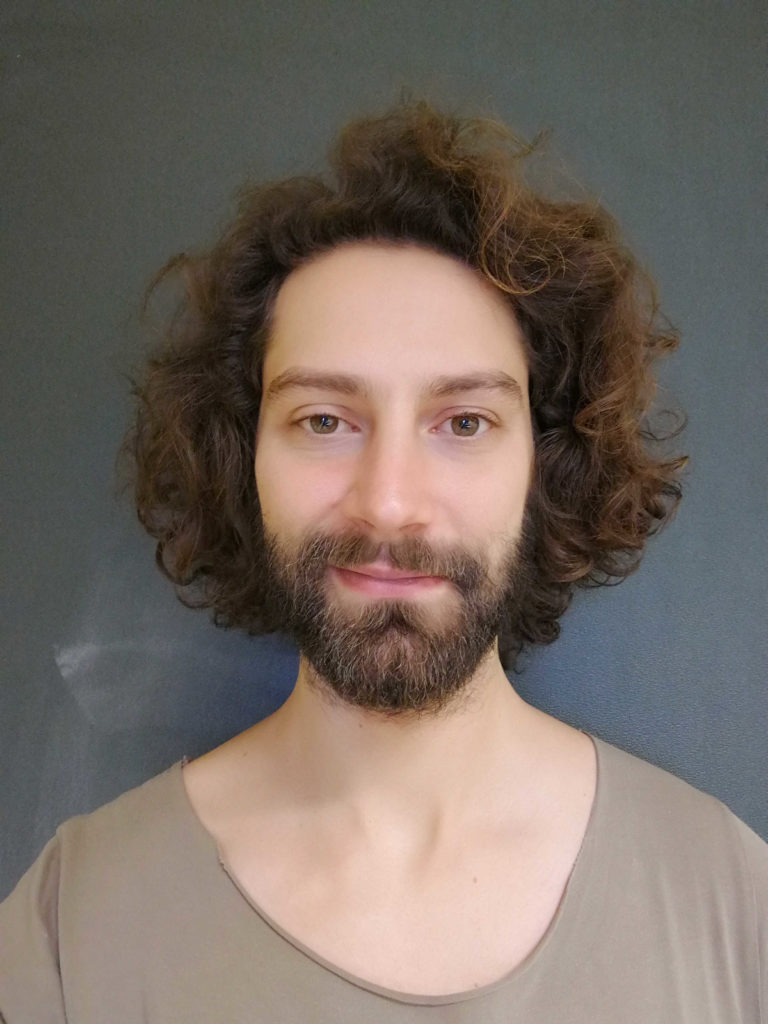 I grew up in Budapest, where I also finished my Bachelor Degree in Physics. Then I went on to study Mathematical Physics at the University of Hamburg, where I obtained my PhD in Mathematics in 2018 under the supervision of Prof. Ingo Runkel. After finishing my PhD, I spent 6 months at the Max Planck Institute for Mathematics in Bonn and another year in Hamburg as a postdoc. At the beginning of 2020 moved to IST Austria as a  joint postdoctoral fellow in the groups of Prof. Mikhail Lemeshko and Prof. Tamas Hausel. I am interested in Mathematical Physics, in particular in low dimensional quantum field theories with defects, TQFTs, 2d CFTs, higher categories, quantum groups, moduli spaces and all sorts of Physics where these appear. 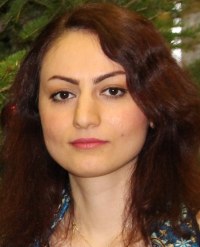 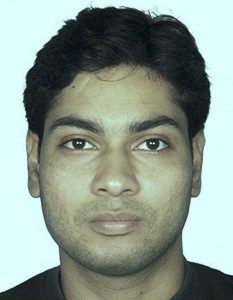 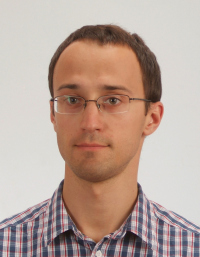 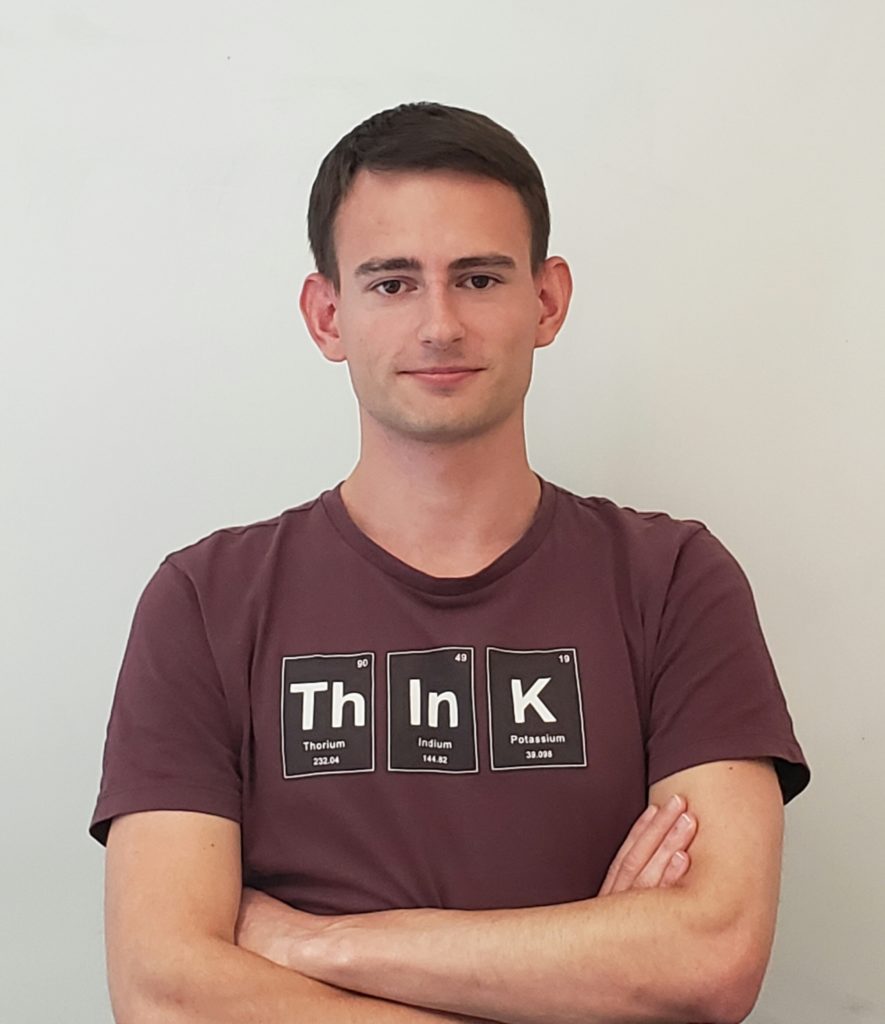 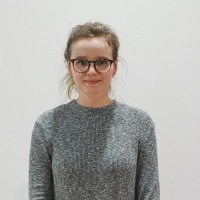 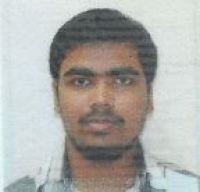 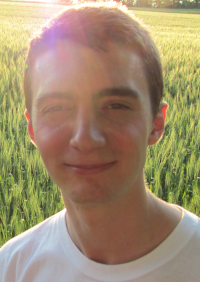