In 2018 Prof. Lemeshko has been awarded an ERC starting grant to develop the theory and applications of the recently discovered angulon quasiparticles. The abstract of the 5-year project funded with approximately 1.5 million Euro is presented below. We are looking forward to expanding our team, please check the open positions page in case you are interested. 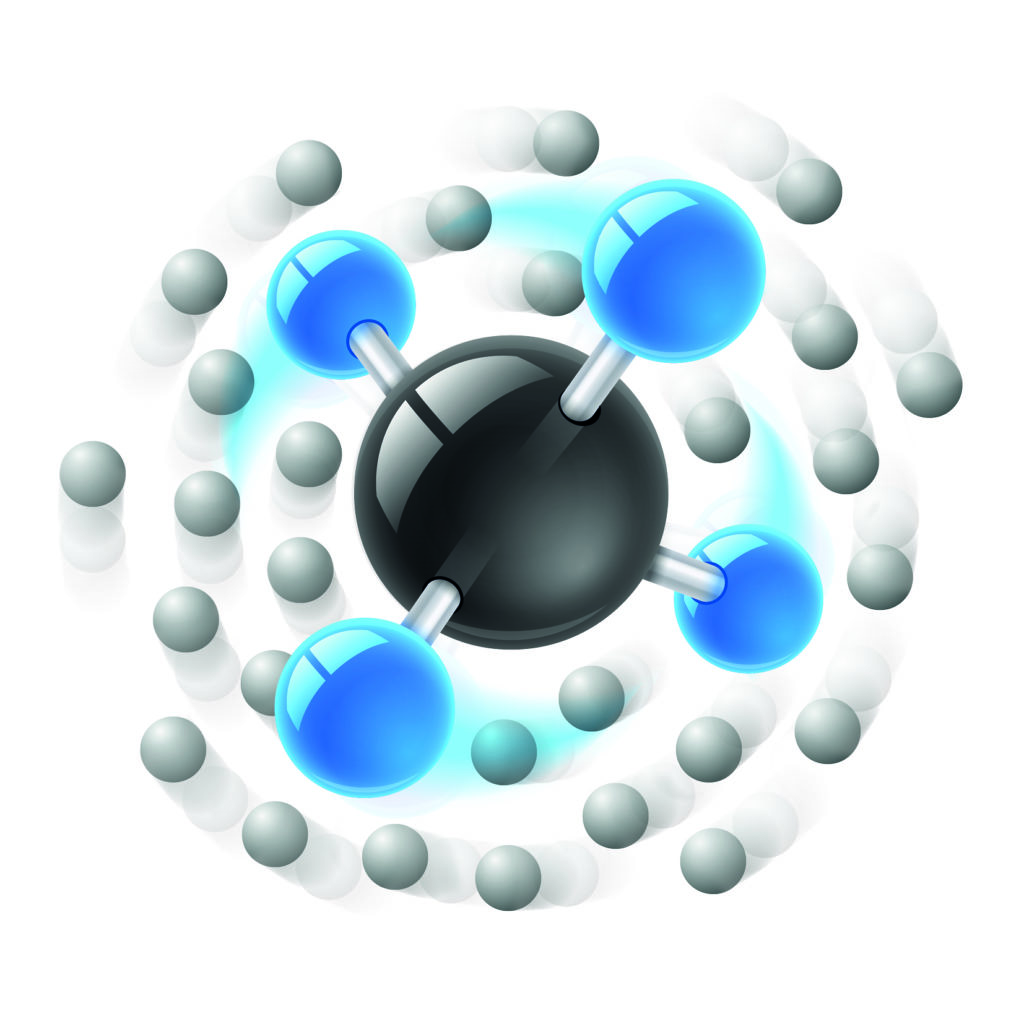 ANGULON: physics and applications of a new quasiparticle

This project aims to develop a universal approach to angular momentum in quantum many-body systems based on the angulon quasiparticle recently discovered by the PI. We will establish a general theory of angulons in and out of equilibrium, and apply it to a variety of experimentally studied problems, ranging from chemical dynamics in solvents to solid-state systems (e.g. angular momentum transfer in the Einstein-de Haas effect and ultrafast magnetism).

The concept of angular momentum is ubiquitous across physics, whether one deals with nuclear collisions, chemical reactions, or formation of galaxies. In the microscopic world, quantum rotations are described by non-commuting operators. This makes the angular momentum theory extremely involved, even for systems consisting of only a few interacting particles, such as gas-phase atoms or molecules.

Furthermore, in most experiments the behavior of quantum particles is inevitably altered by a many-body environment of some kind. For example, molecular rotation — and therefore reactivity — depends on the presence of a solvent, electronic angular momentum in solids is coupled to lattice phonons, highly excited atomic levels can be perturbed by a surrounding ultracold gas. If approached in a brute-force fashion, understanding angular momentum in such systems is an impossible task, since a macroscopic number of particles is involved.

Recently, the PI and his team have shown that this challenge can be met by introducing a new quasiparticle — the angulon. In 2017, the PI has demonstrated the existence of angulons by comparing his theory with 20 years of measurements on molecules rotating in superfluids. Most importantly, the angulon concept allows one to gain analytical insights inaccessible to the state-of-the-art techniques of condensed matter and chemical physics. The angulon approach holds the promise of opening up a new interdisciplinary research area with applications reaching far beyond what is proposed here.